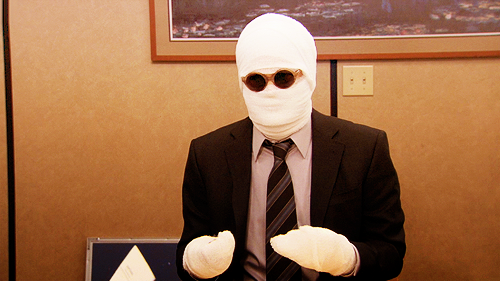 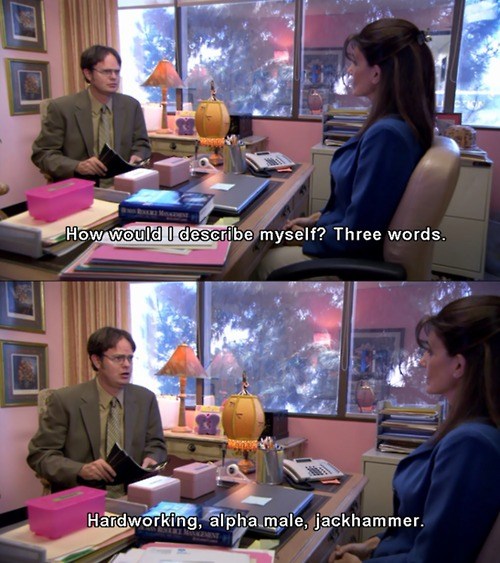 The Office was  game changer when it began way back when. Steve Carell was fatter, and he was balding. The staff of The Office changed after it took a “break” (cancelled) and everybody came back with more money thanks to Steve Carell’s hit The 40 Year Old Virgin. Everybody got more attractive as the seasons went on, but it remained the quirky, weird show with awkward, cringe-worthy humor, and a documentary style that endeared audiences. We have all seen shows that use the same awkward humor now to highlight human emotions and situations…but The Office is the original, and it is the best.

I started watching The Office when I was in 7th grade…I remember specifically being booted out of the room during the 2nd episode of the second season when Dwight asks Toby about clitorises and female sex organs; the rents weren’t having my young (and already tarnished) ears hearing this. Last year a small group of die-hard Office fans and myself began The Finer Things Club at my school- we watched The Office, ate food, and discussed the show and had Christmas events. It even got school government approval. So, we were OFFICIALLY that Weird Club for Weird Things.

Last season, Steve Carell announced he was leaving after seven seasons on the best show to hit television since Friends. Tonight Season Eight begins without Michael Scott. It’s uncertain and nail-biting. I am in mourning for Michael Gary Scott and I’m also extremely nervous for tonight.