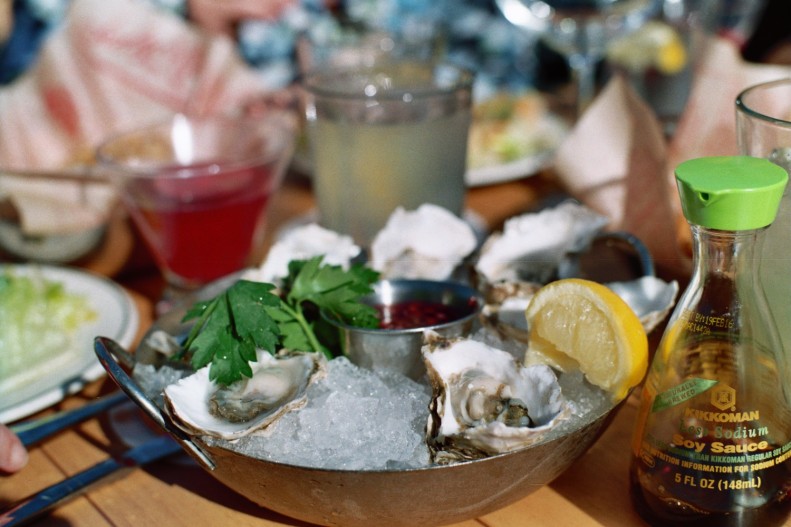 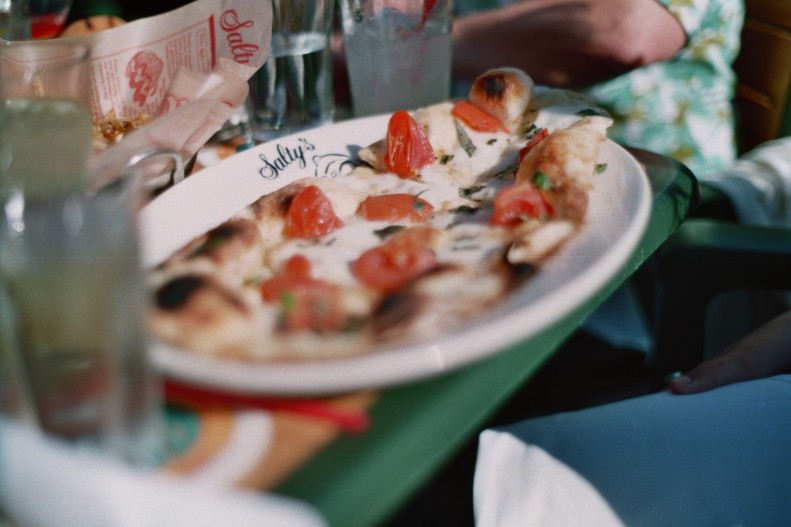 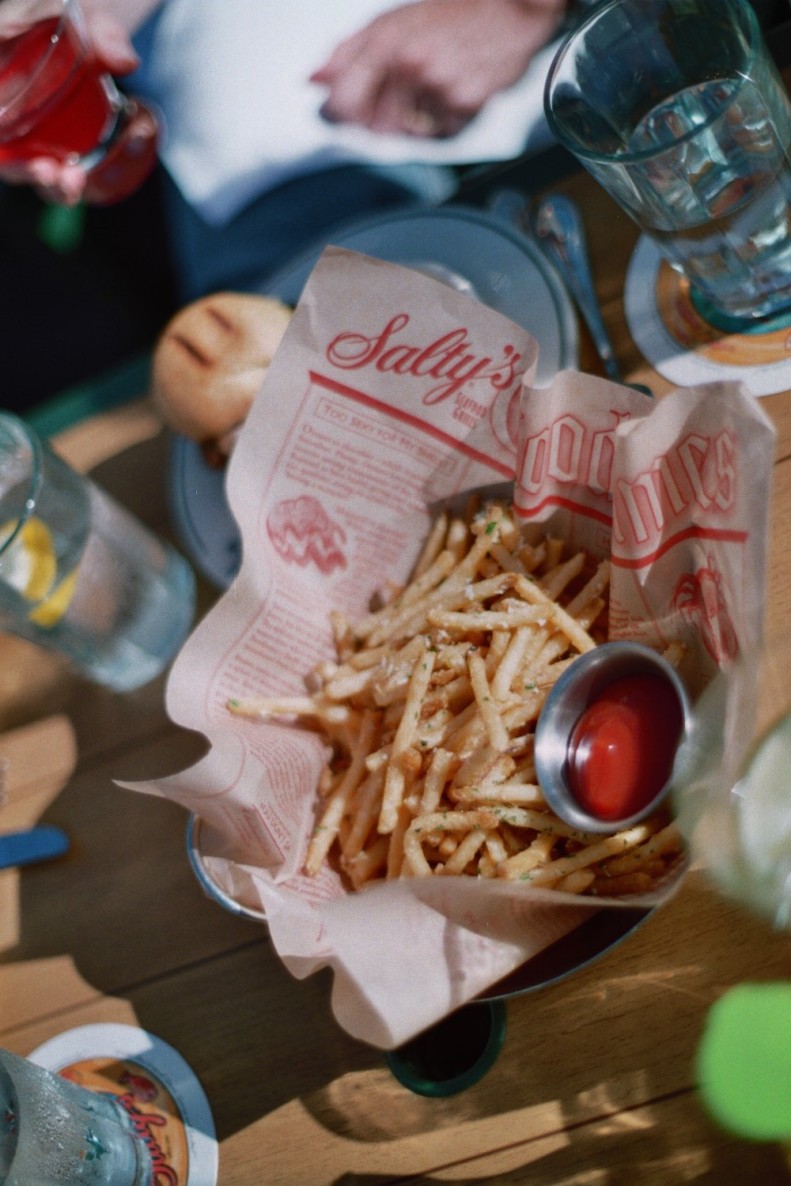 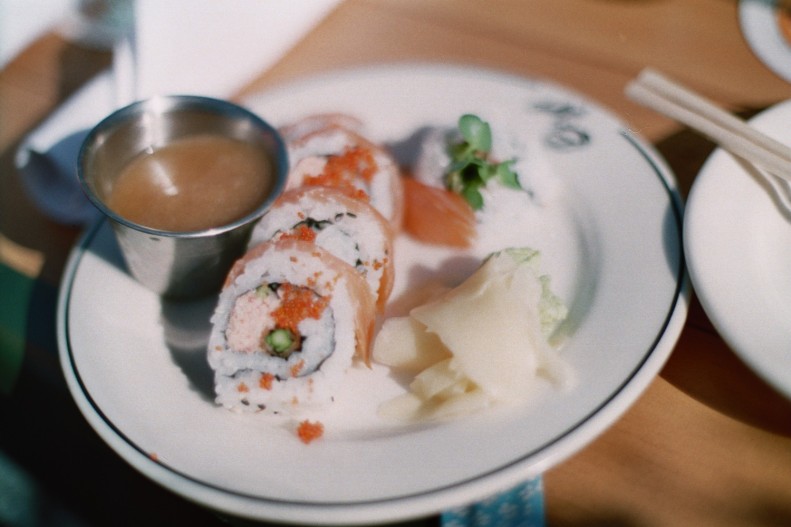 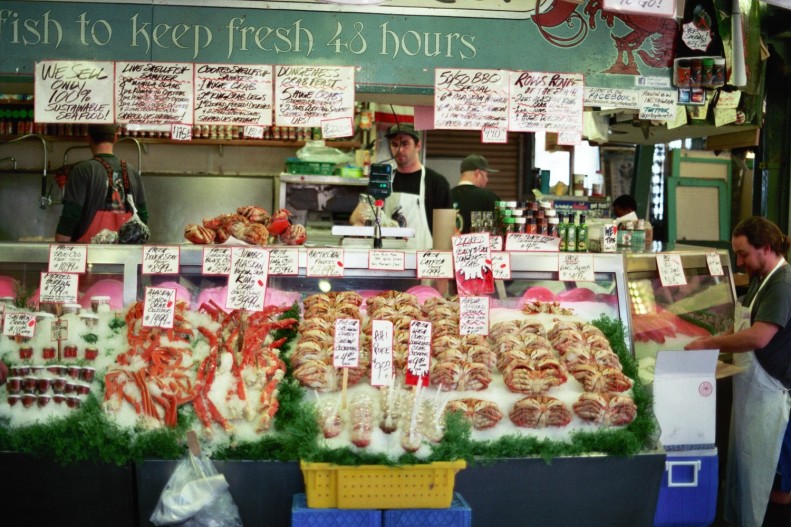 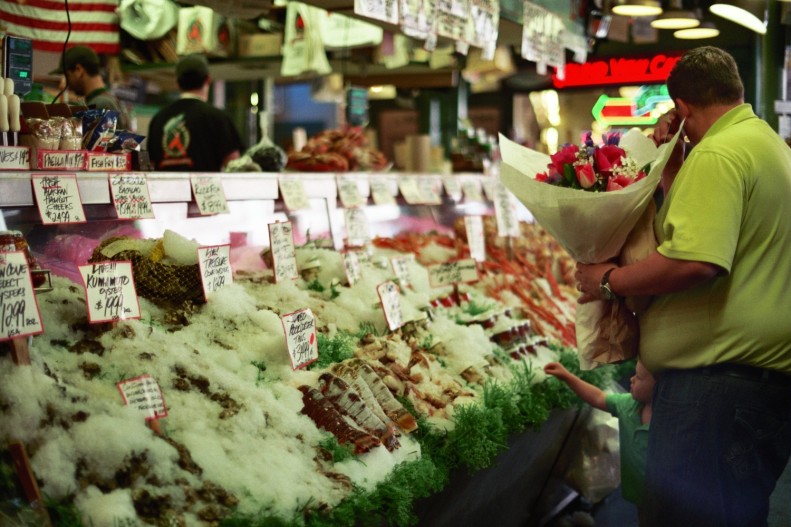 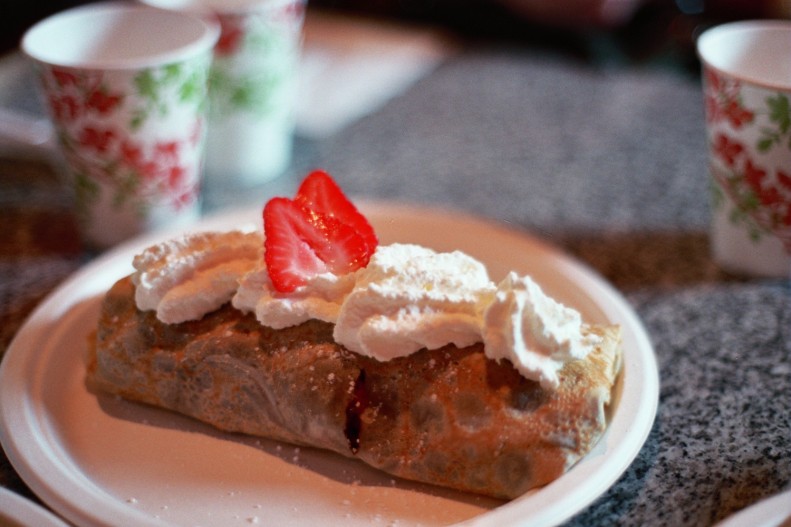 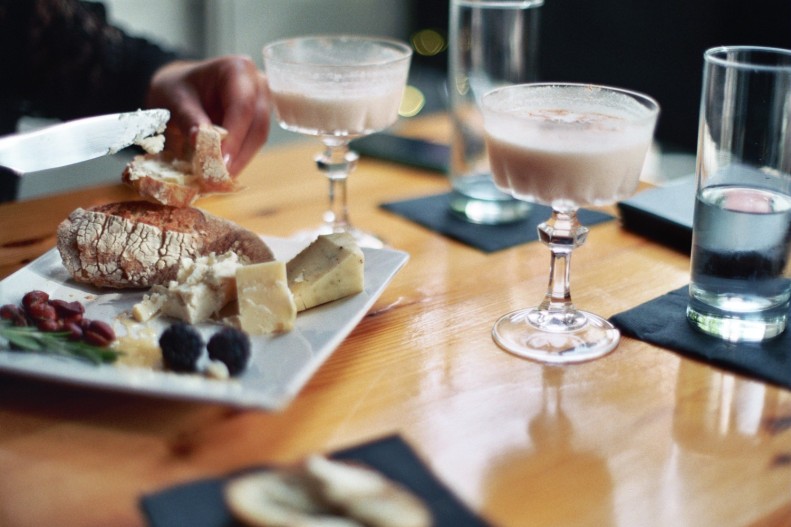 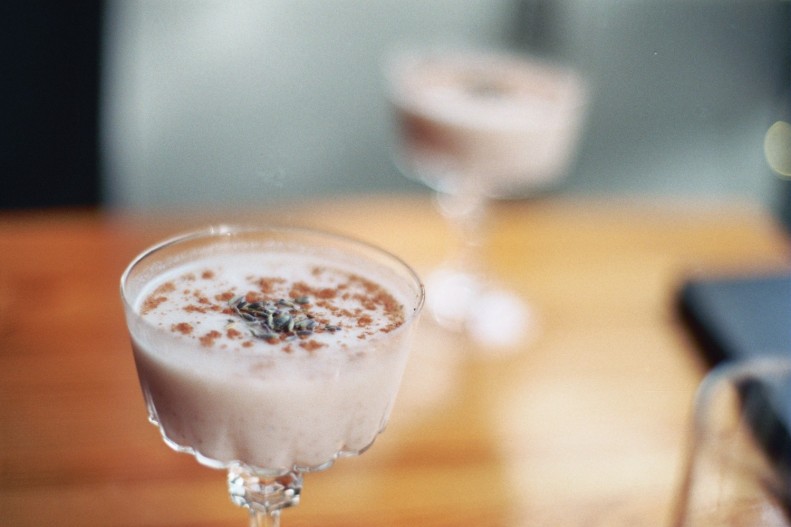 Over our 36 hours in Seattle, my family and friends and I ate SO much food- I couldn’t quite believe the quantities of food we consumed.

When we arrived in West Seattle, we went to Salty’s near the ferry pier. The food was pretty good! The service was alright, not awesome, but I had a marvelous Moscow Mule (not in a copper mug, sadly) and some oysters and sushi. The sushi could have been fresher, but the oysters were fantastic! The truffle fries were overrated but good nonetheless.

The next day we ventured across the bay into the main part of the city. We had crepes for lunch, which were awesome- a place tucked into the back of Pike’s Place.  Later, we shopped and meandered around some of the downtown area, before I met up with my friend Ariel, who led me to the Clever Bottle- a wittyily named bar that she had been to before.

We had the lavender coconut cocktail and split a board of cheese and bread. It was happy hour, the drinks were excellent, and the cheese board was awesome!

The next morning I had a cheese danish from the Metropolitan Market in West Seattle- which was AMAZING! They also have a seriously awesome cheese selection. Just in case you’re there and you didn’t know. Because cheese is…well, I don’t know what words describe the awesomeness of cheese.

One thought on “Seattle food- we ate and ate, and it was marvelous”