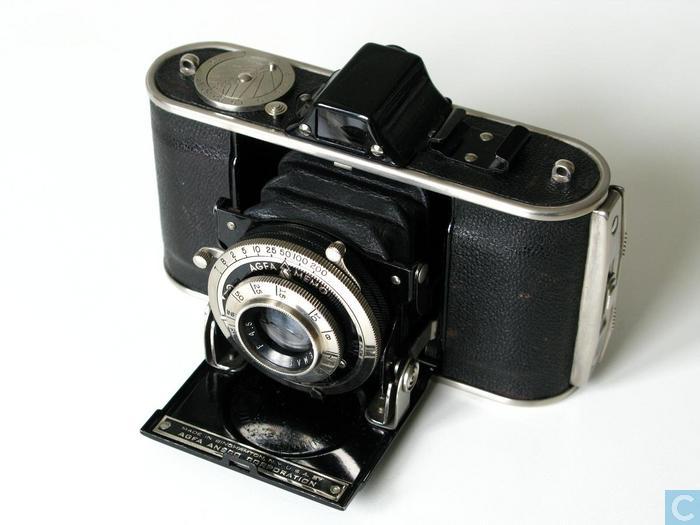 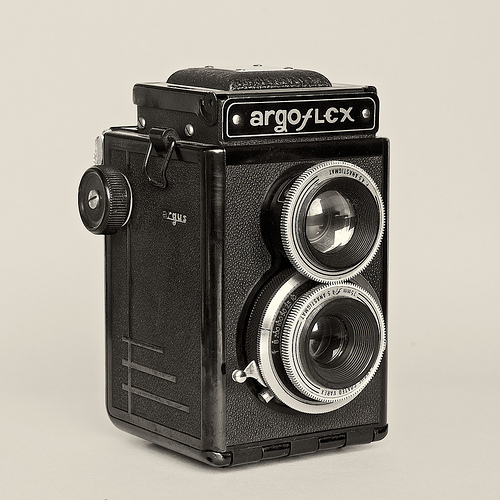 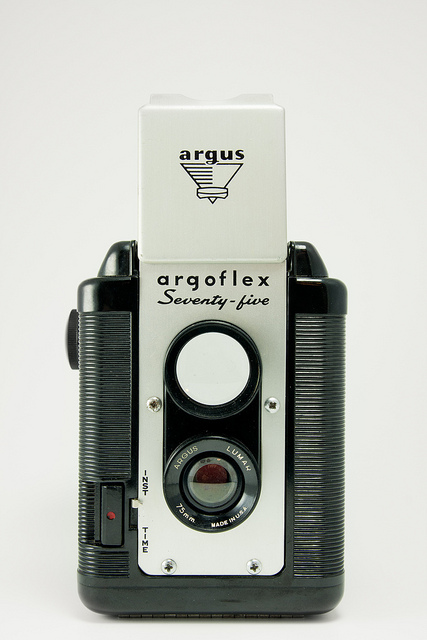 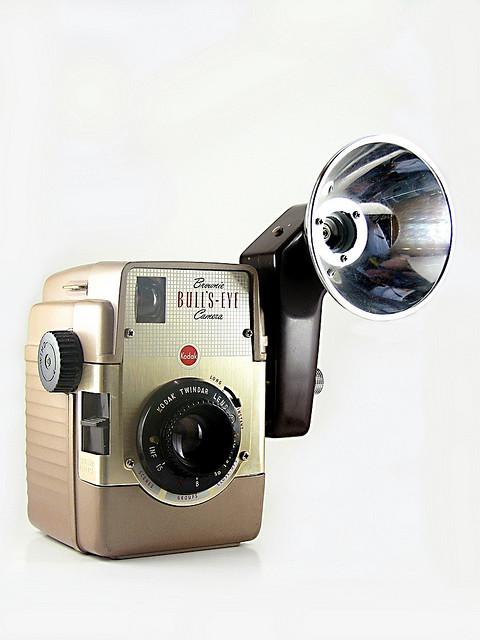 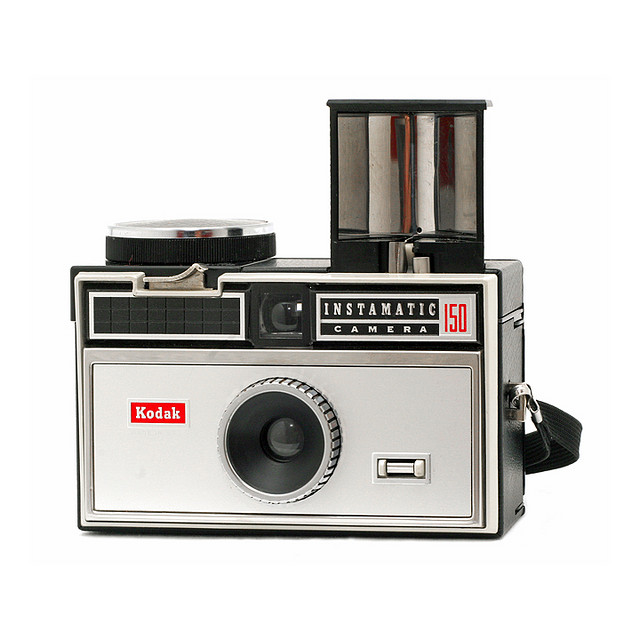 Thus far I own these cameras- I have only shot out of two of them, as the Instamatic causes serious problems with obtaining film unless I hand roll 35mm onto a special reel. Same with the gorgeous Afga from 1939, my oldest camera!

I have been lucky in collecting in that they’ve all been surprises. I have never gone out with the intent to collect cameras, which leaves me at an economic advantage- I got the Argus Seventy-Five, the Brownie Hawkeye and the Instamatic all in one case at a garage sale for $15!

The Agfa from 1939 was $10 in a thrift store- the bellows weren’t out and the front wasn’t opened, so it looked like an odd box, I don’t think anybody thought it was cool.

My most recent camera was my Argus Argoflex Model E from 1940-1947 that I found in a Goodwill here while shopping with Chris for a lamp (we’re cool). It was in a mint condition leather case, which piqued my interest! I quickly had it whisked from behind the glass case, and it was mine for $20. Chris got it out of the case with pliers (danke!) and in my hands I held a mint condition 120 film twin lens reflex camera!

I love collecting cameras and imagining their previous owners and what they shot with their lovely little light boxes.

One thought on “My camera collection”