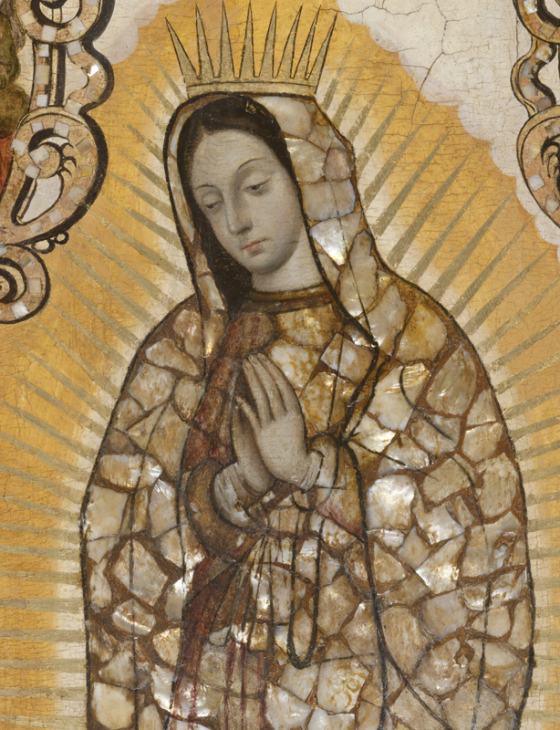 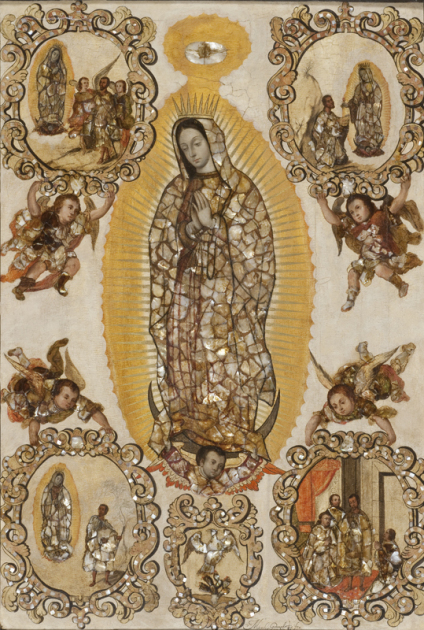 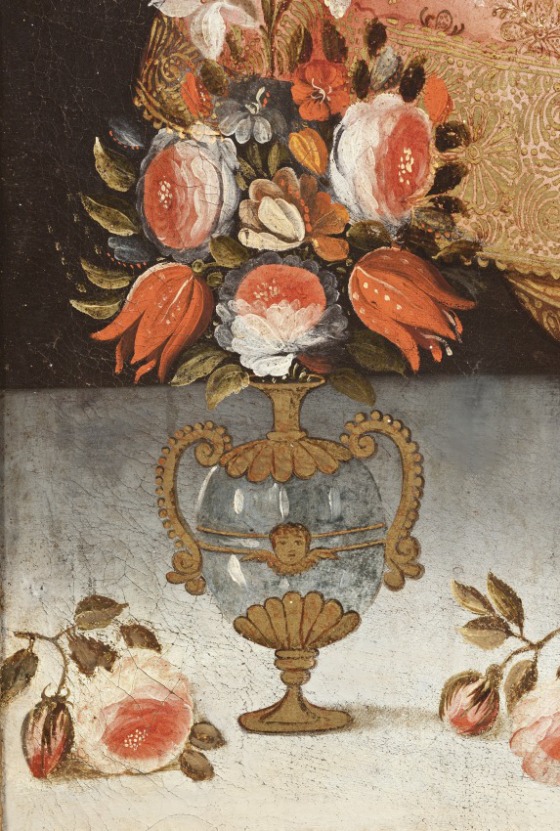 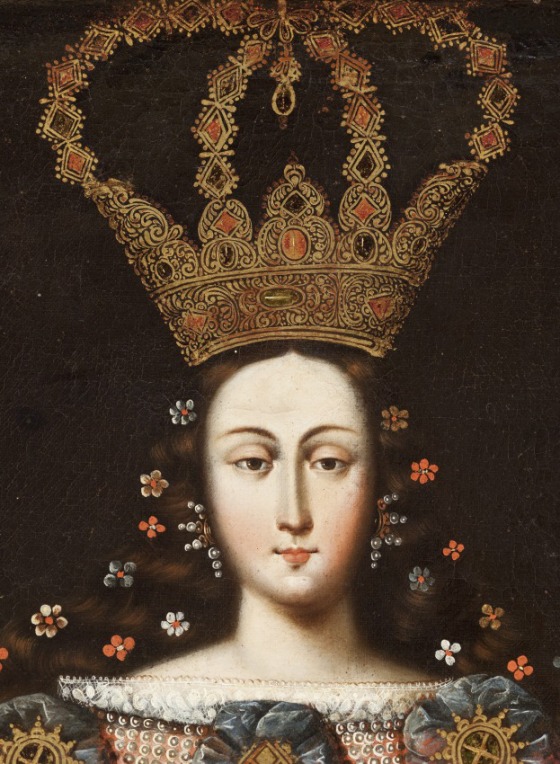 My current thesis topic is the comparison between various Spanish-Colonial Virgins from Cuzco and Mexico City.

I’m absolutely entranced by both of these pieces. The three pictures at the top are of the Virgin of Guadalupe enconchado piece (enconchado is mother-of-pearl applied directly to the canvas) by Michel Gonzalez from 1698. This style came from Japan, as the Spanish had a trading route with Japan and much of the art and furniture, although meant for Spain, ended up in Mexico!

The other three pictures are from the Virgin of Belan by a Cuzco School artist from around 1710. Obviously she is a very different depiction of the Virgin Mary- hers incorporates Incan and native symbols and styles learned and developed in Peru.

Both of these pieces are in the Los Angeles County Museum of Art (LACMA) and I hope to see the enconchado piece! (The Virgin of Belan is not on view right now, gah!)