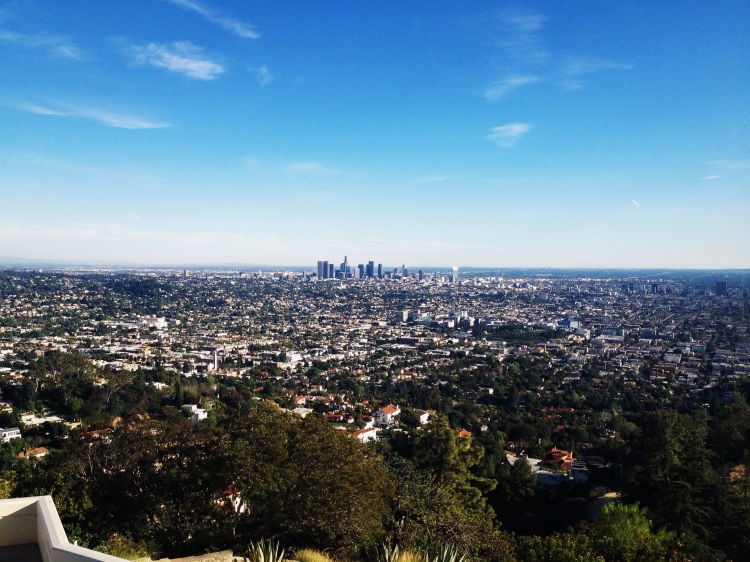 Alright, this does include some Butte.

Chris drove me to Butte to fly out of the tiniest, weirdest airport we’d ever seen. He actually went inside to check and see if it was a real airport before I went inside- “Yup, it’s real!”

We ate at Pork Chop John’s. It’s Butte, so I naturally wasn’t expecting anything nice, but when we got there Chris was highly questioning of the place. It was like a sad, weird, old MacDonald’s, but with better food that was cheap and good milkshakes! I think we ended up eating pretty well for a good price. Then we drove around the old part of town at night. It was beautiful and hilly and the city lights spanned farther than I thought.

The roads were icy enough that we went back to the hotel. The reviews online made it seem like a rat infested sinkhole that nobody would want to be near but all I wanted was a bed and a hot shower, which they had.

Free breakfast the next morning was pitiful at best, until we discovered the waffle maker. With a waffle each in our stomachs I made sure I was packed and we headed off to…the airport?

It was the size of a school gymnasium. After making sure it was real Chris bid me goodbye. I waved at him, grateful he had driven me all the way here, feeling bad he’d have to drive back alone. I had everything in one carry-on pack- four cameras, 15 rolls of film, and enough clothes to last a week. Security took 5 minutes, and I was ready to fly.

I slept through both of my flights, and landed in a definitely hotter Ontario, California. I was dressed head to toe in black, definitely looking out of place. Chelsea and Comrade Kate pulled in a zippy Dodge Stratus they called Lolita, both wearing sun dresses and heart shaped glasses. I wanted to change out of my pants and shirt immediately!

After doing so and putting my pack in their room, we walked to The Village to a wondrous place called Back Abbey, where we had beer and burgers and fries that seriously made me want to cry over their awesomeness. I love food and this burger was spectacular, unlike anything I’ve ever had. On our walk there, I saw succulents everywhere! And flowers! And GREEN THINGS!

I was in heaven.

The next day Chelsea and I walked to the train station. I ate a delicious croissant on the train and we sipped coffee. The train was quiet, clean, and efficient. We passed orange trees and parking lots and lots of buildings. At Union Station Chelsea showed me the interior- I was amazed at how beautiful it was! None of my photographs did it justice. We walked outside to meet towering palm trees that seemed impossibly tall and thin. I could hear Spanish everywhere. It was hot, enough so that I knew we would be wanting shade.

We went to MOCA to eat- we didn’t have enough time to go through it’s collection. Lunch was expensive (CITY FOOD) but delicious- I had a lemonade that quenched my thirst. We walked on, only to be brutally burned by the Disney concert hall with it’s horribly curved metal. I silently damned the architect to a level of hell suitable as the rays hit us. I imagined my skin being burned- of course it wasn’t but I was still displeased that such architectural style had been allowed- it was a public menace!

Chelsea took me all over town. We went to FIDM, the Biltmore Hotel, and Bottega Louis. We went to the Last Bookstore and I got lost in words and art pieces upstairs. We walked a lot that day, but every moment was awesome.

At the end of the day we got back on the train and quietly sat. Afterwards there was phenomenal sushi!

The next day Comrade Kate, Chelsea, and I got into Lolita. Chelsea drove us into Los Angeles, deftly turning the wheel and maneuvering through tight traffic. The LACMA awaited! We spent 5 hours in and out of every hall, our eyes eating up paintings and sculptures galore.

What a good weekend!