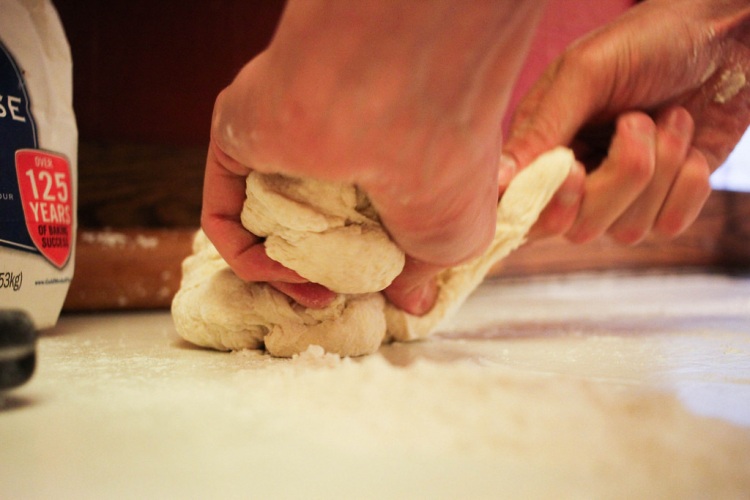 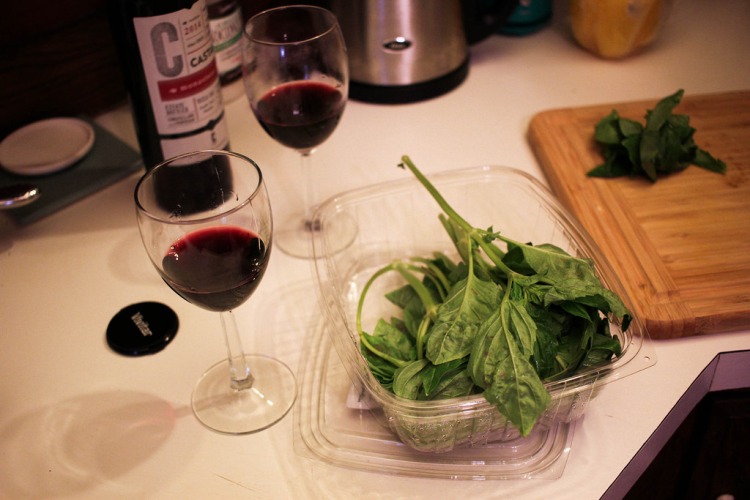 I pushed the oven temperature button until the oven was as hot as it would go. Apparently I did this aggressively and unnecessarily, as Logan raised his eyebrows and said, “Really?” I responded the oven needed to be as hot as possible or else. It ended up getting turned down by 75 degrees in the end. Sigh.

Sticking a pizza stone in the oven, we began rolling and spreading the pizza dough out, chopping garlic, and getting the odds and ends ready to assemble 5 mini pizzas together for friends and ourselves. I’m about 87% sure that my stomach was making monster noises while all of this was happening. I am 100% sure that I ate some mozzarella chunks and just wanted to eat all of the cheese and skip everything everything else.

Garlic and basil stems simmered with olive oil, then boxed tomatoes, salt, and pepper went in. It smelled incredible. Food strokes multiple senses in beautiful ways and my nose, eyes, ears, and taste buds were all humming as new smells, new noises, and new colorful arrangements were put together.

Each pizza that came out was delivered to the small table where we all consumed slices with zest. We made a favorite pizza of sardines, which I was smitten with (the Dutch pickled herring lover in me knew sardines would be up my alley).

In the end we all gathered around a small table, eating and chatting and admiring the fruits of our labor. These delicious creations linger in my memories (Logan let’s make another sardine pizza allora per favore).