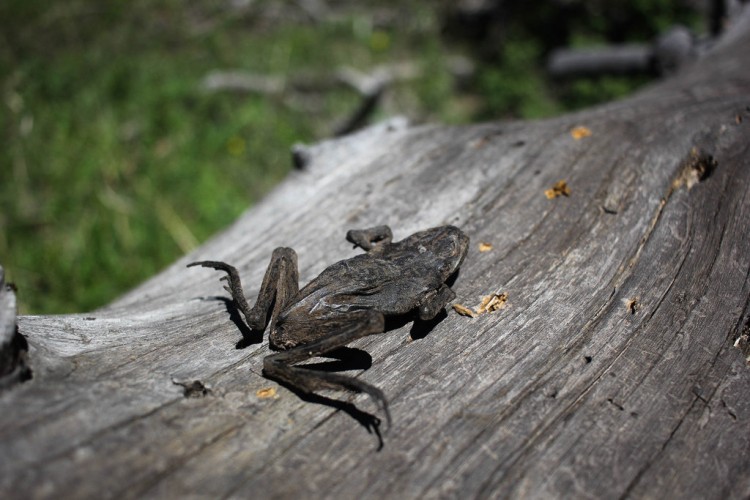 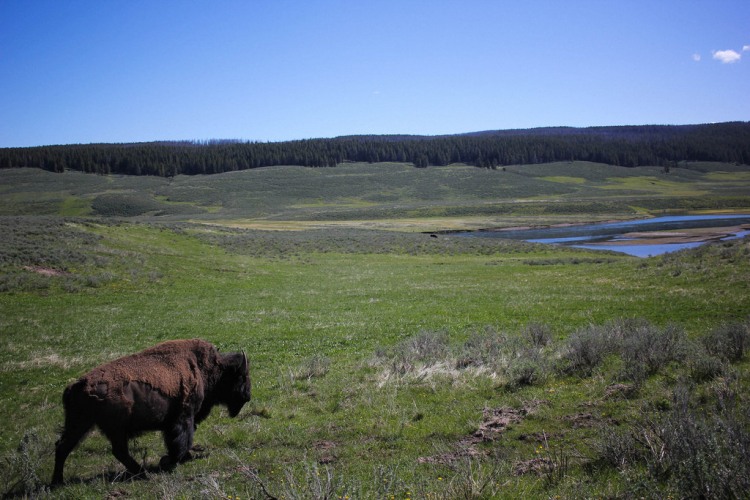 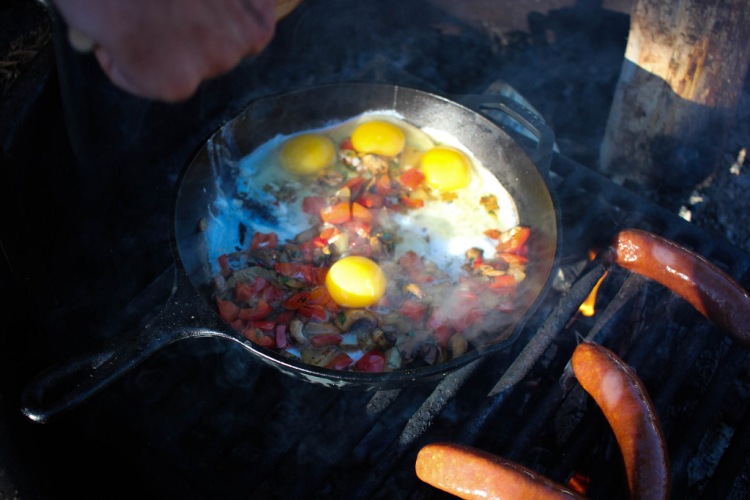 We packed up the car with a rented tent and a cooler full of Polish sausage, eggs, and pre-chopped ingredients for breakfast. It was going to be a decent 4.5 hour drive from Helena to Yellowstone Lake, where we would meet up with Adrienne and Philip.

I hadn’t seen Adrienne since spring 2011, when I left my Swiss school to come home to Montana. One of my last memories of her in Switzerland happened as we lounged with Kalli, Hannah, and Hillary on the patio outside the dining hall in late April. I hope there was a Kagi Fret nearby, or a “cheese toast” on a plate, but my memory is not that specific.

5 years later, she and her boyfriend were driving to Montana from California, and I was going to see her! The night before, she had called me from Idaho, and asked about campsites. Laughing, she said, “We’re in Wal-Mart, and we asked a guy, and he said we needed a gun…”. I re-assured her that no gun was needed to camp in Idaho, and I won’t lie- I barely recognized her voice!

Logan and I drove southwest, chasing sunlight, and arrived in the canyon that leads to West Yellowstone. Shadows deepened the blues and greens of the evergreens, and we looked at the gushing, roaring river in the canyon, full of spring run-off. The river was higher than I’d ever seen it, and we drove the curves admiring the scenery. I felt quietly content, thinking This is why I came back.

We got into the park at sunset, flashing our park pass, and zoomed into the dense trees, taking rights and lefts until we were on the right track. The sunset was gorgeous, turning the Gibbon and Madison rivers into metallic, mercury filled bodies. We saw dark lumps- bison- and once dark fully consumed us, a fox darted in front of the headlights. Logan, who had never seen a fox, reveled in this new critter sighting. On this moonless night, we finally found the campground, and wove our way to the site that Adrienne had thoughtfully highlighted on the map.

Adrienne’s bright eyes and smile looked exactly the same. I had never met Philip, who greeted us with a sturdy handshake. Logan and I set up the tent, a smart little Marmot Tungsten 3 person contraption, and Adrienne handed us hot smores from the fire she and Philip had started. We chatted and then parted. Logan had already laid out our sleeping bags and pads, and we curled up in the roomy tent.

The next morning, we woke up early. Logan started a fire, and after Adrienne and Philip emerged, we got to boiling coffee and making breakfast.

The rest of the day we drove around the park, finally settling on hiking the Lost Lake trail, because it was short, and also in a less crowded part of the park. The hike was gorgeous- shooting stars, lady slippers, and wild sunflowers dotted the trail, and we heard birds, running water, and all the sounds that make hiking so marvelous. It was cooler in the shade, but as we gained elevation, our quads burned. Reaching the plateau, we hiked on the flat trail to the lake, where Philip spotted a salamander. We saw mud wallows where buffalo likely cooled themselves off, and rubs on trees. It was beautiful- so many shades of green, blue, brown, and yellow.

Hiking back, we found a mummified frog, perfectly dried in the sun. It was hard to the touch. We made our way back to our cars, where we bid goodbye to Adrienne and Philip for a few days- they were on their way to Cody after staying in the park a few more nights. I’ll see those two again tomorrow!

One thought on “Foxes, frogs, and hiking: A day in Yellowstone”