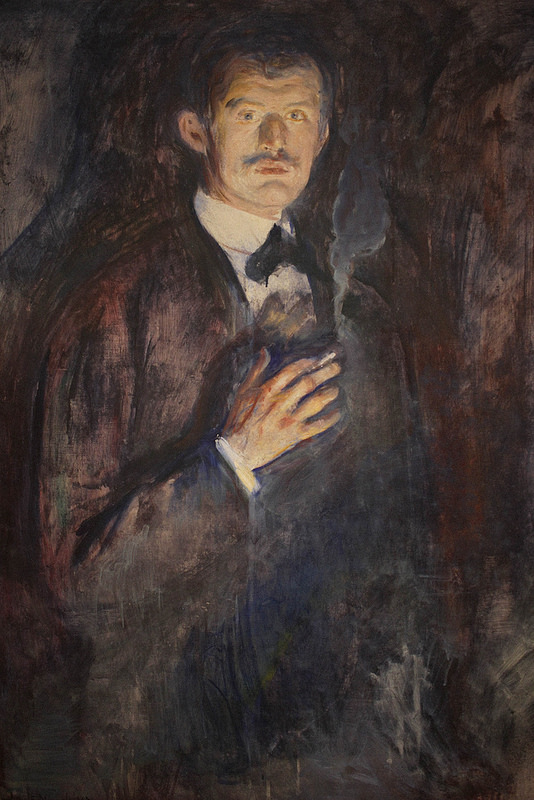 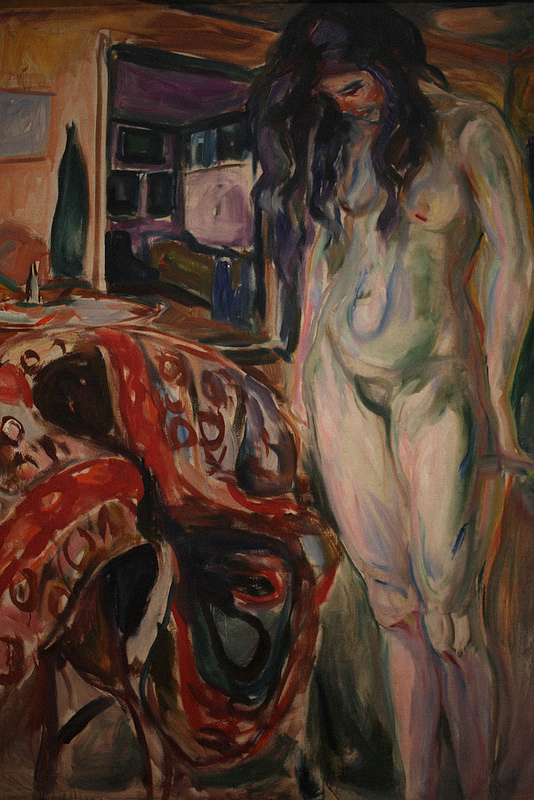 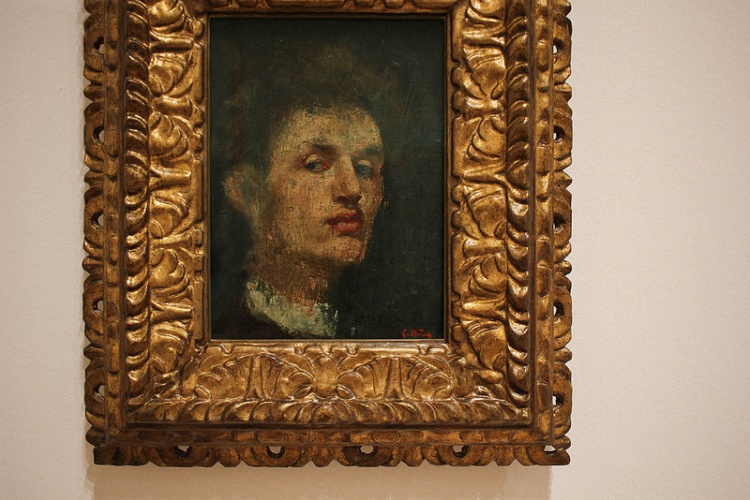 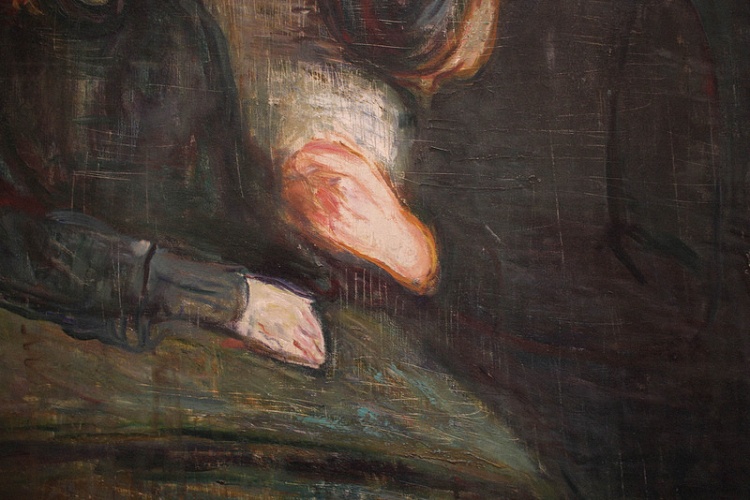 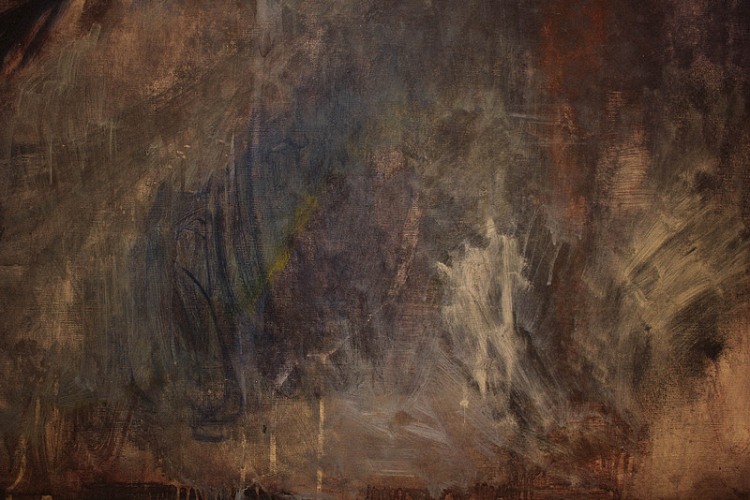 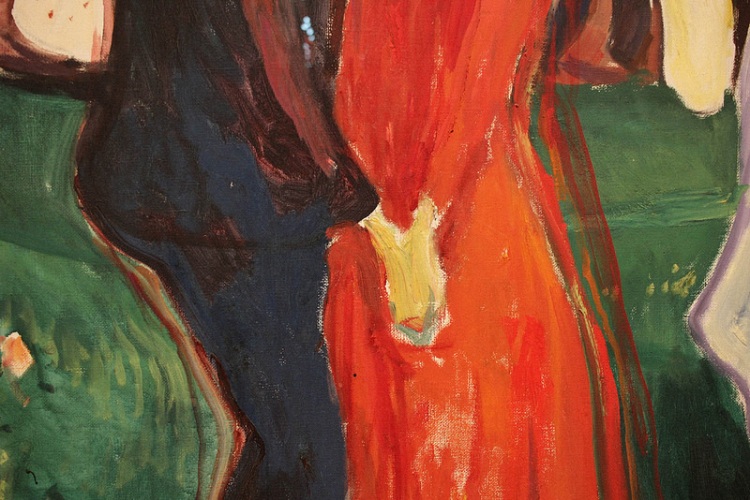 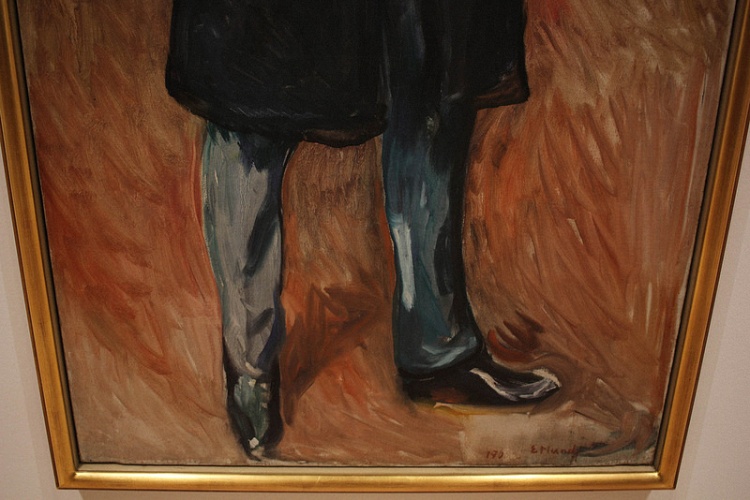 Y’all, over our brief 3 day sojourn to San Francisco we got to see the opening of an Edvard Munch show.

It left me speechless for a few reasons.

First, America rarely gets to see Munch’s work in person. Most are in Oslo in the Munch Museum, and most others are scattered around Europe. I went to New York  in 2013 and saw one version of The Scream there but other than that I have not seen many Munch paintings.

The exhibit was bare except for his canvasses. You could tell many had never been framed as the frames were new and showed the edges of the canvas. The edges were beautiful, just as beautiful as the paint filled middles, because you could see the nails and the ends of the paint and the work felt more human.

Logan said that Munch felt like Renoir on ether, and Adrienne and I both looked at how he painted women- as muses, sexual objects, creatures who reviled Munch, as temptresses and devils. It was agreed that Munch was, in many ways in his later years, a dirty old man.

But a damn talented one. His use of color and his skill with layers and washes were incredible. I felt full as I looked at his depictions of himself, of death, of isolation and lost love. Munch clearly had a powerful imagination that often threatened to swallow him entirely, as he depicted himself in Hell and being watched by eerie masks. We did loops, seeing new things at each turn in front of different canvasses. We sat in front of some and got closer to others. I felt my mind turning to a dirty, poor, unsophisticated Oslo where Munch grew up and wondering about who this man was.

It was a fantastic opportunity for us Americans to see the work of somebody who so clearly had a different mindset, set of motivations, morals, and ideas. It was, though this is difficult to accurately explain, very obvious that these works were by a brooding Norwegian.

One thought on “Edvard Munch @ SFMOMA”