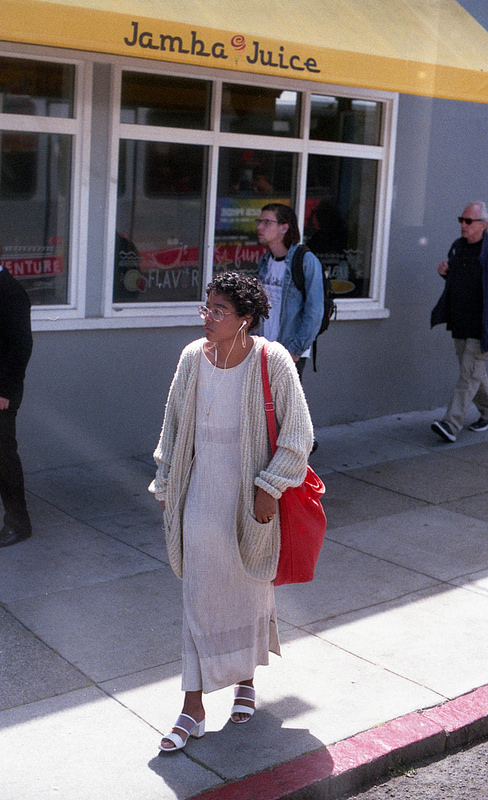 The colors were everywhere. Bits of coral, the blue of the sky, the warm hue of sand, the cool grey of the dense fog that engulfed Adrienne’s neighborhood each night. The smells were different- hot asphalt, whiffs of delicious foods not found in Montana, the sterile yet slight omnipresent stink of public transit, of thousands of bodies inhabiting the same small train cars day in and day out. San Francisco felt like a city that was in the midst of a lot of change. Money and youth everywhere, and yet none of it to be found for many. 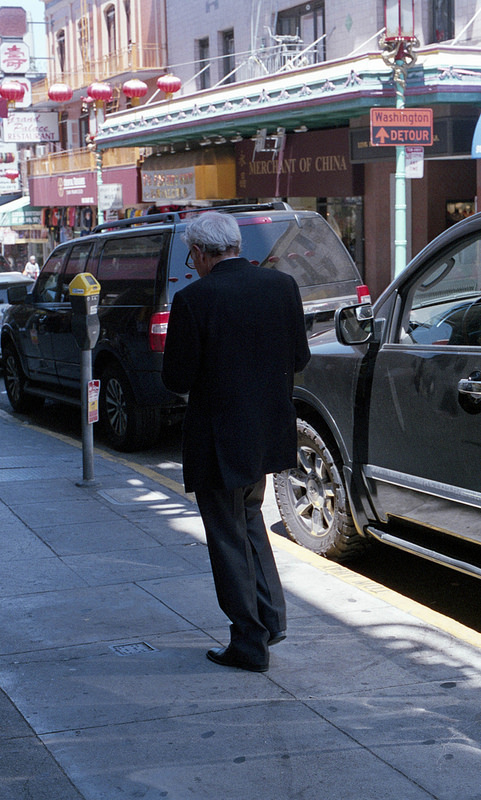 We walked through the park, surrounded by massive eucalyptus trees, before breakfast. Logan took a picture of poop in the park with my film camera because he said I was being stingy with my film. We smelled the rich earth and the flora and saw red wing blackbirds and ravens before making our way to the beach.

The beach was engulfed in fog that was slowly retreating, and we walked to meet the waves, letting the edges of the Pacific ocean lap at our feet. The sand felt good in between my toes and I watched as one man in a dark coat walked up and over one of the dunes. The beach felt melancholy and full of gloom, but I loved it. Such spaces are great for letting thoughts wander and unravel and then pulling them back to have new, strange, and better ideas and thoughts.

We went to the Mission District, which Adrienne had warned us was quickly becoming gentrified. Historically Latinx and Hispanic families have lived there, but as we got off BART we saw the inevitable results of gentrification. We walked a lot around that area and still heard plenty of Spanish, saw groups of school children and church groups outside churches with signs that read, “Jesus te ama”, and I hoped that the people who had been there would hold onto their apartments and stores and churches and habits, but I quietly knew that money and white people were probably sinking their teeth into the area and biting away at what hadn’t been theirs before.

In in the midst of our Mission ventures we found a beautiful, cramped Italian market. One wall was entirely devoted to hanging sausages and I felt myself growing hungry even though we had eaten quite recently. A beautiful wheel of Parmesan cheese sat staring at me and Logan pointed out some meats he had been searching for. We looked at the olive oils and the cans of tomatoes and all the pasta and left because if we didn’t leave soon we would buy meats and cheese that we had no room in our luggage for. We found a Brazilian mercado, and once inside I was the only one who wasn’t speaking Portuguese. People sipped coffee and around us were baskets full of Brazilian cooking ingredients, juices, and random odds and ends like deodorant or romance novels. Logan chatted with the barista and we left to go find a cool place to linger. We ended up at a dive bar with the right amount of sticky counters, grimy interiors, and dark corners and sat down. Adrienne joined us shortly after, and we talked and people watched. 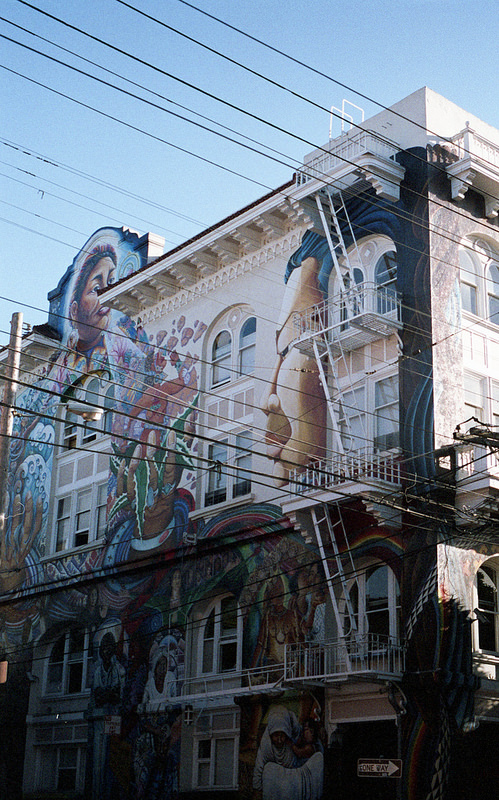 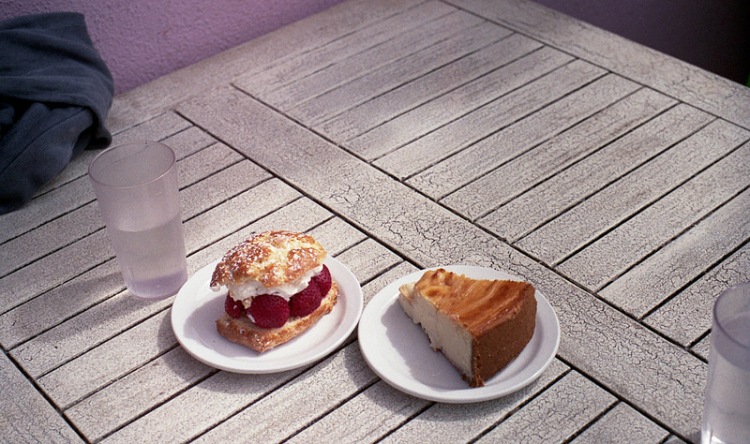 The rest of our trip was like that- full of lovely places but being quietly reminded that this was a city being inundated with money from tech firms and start ups and that things were shifting and maybe had been for a while. Regardless, we thoroughly enjoyed being able to see and do the things only cities can give you- art, diversity, busy crowds and the kaleidoscope of humanity that buzzes and bustles as each one of us carves out our own space in the world in whatever way we can.