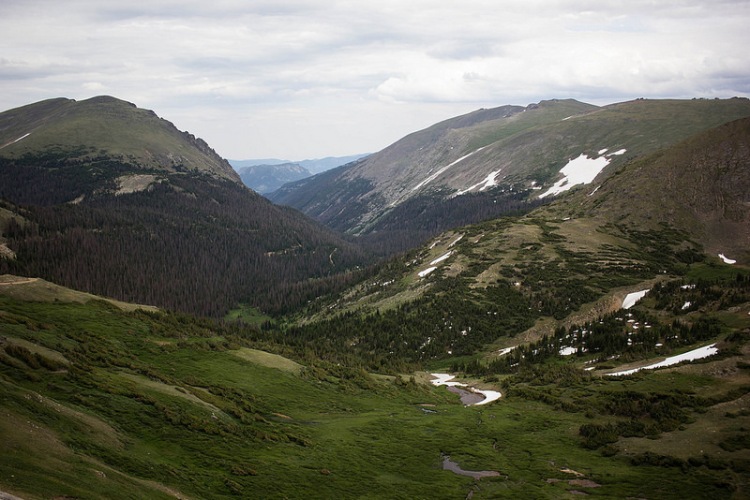 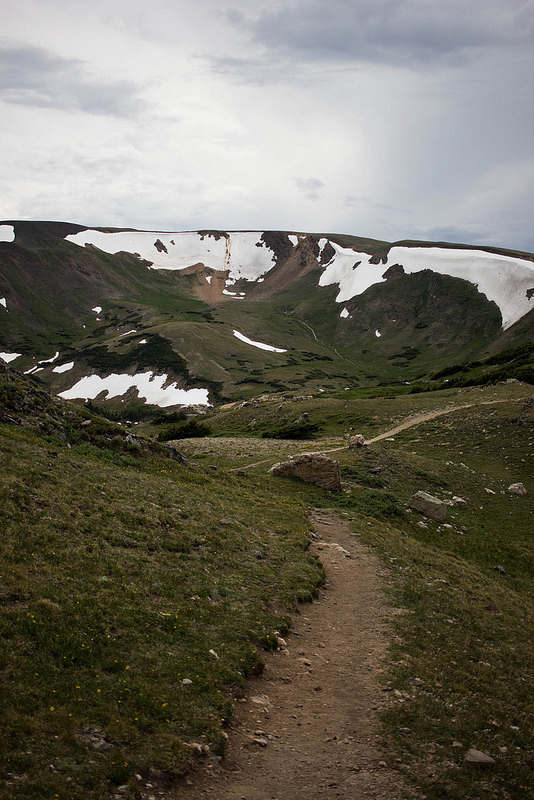 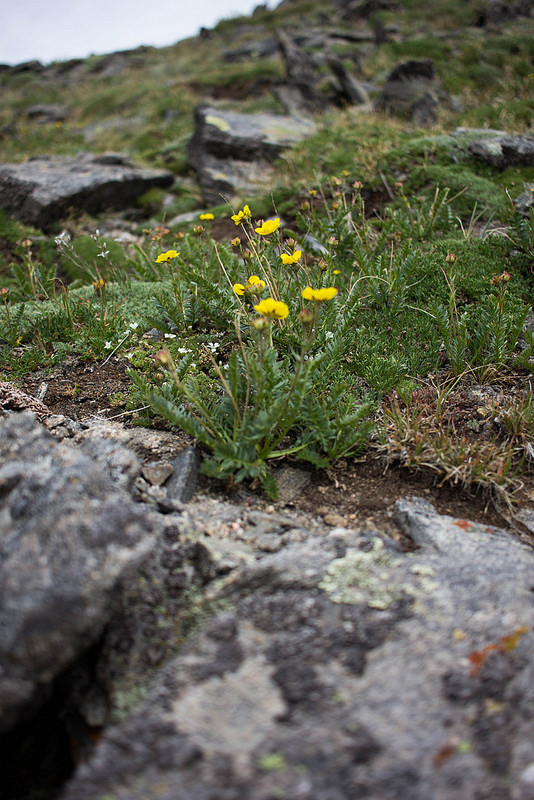 As we drove up higher and higher I looked out and tried to not let my fear of heights wash over me. The trees were so regal and the cool air felt so good, and I tried to steel myself. My mother looked over nervously at me.

We were in Rocky Mountain National Park, up thousands of feet higher than the nearest town of Estes Park. We were driving the Trail Ridge Road and watching the landscape change as we climbed higher and higher. This was the park where my parents met and fell in love when they were in college and it felt very neat to be in their territory, where my mother and father used to rise at 4 am to get to the park to photograph bugling elk in the rising sunlight of autumn. Having parents who fell in love with each other because of their mutual love of the outdoors has its perks- you get to hear about cool stories like that one.

Up at the top of the road, we got out and hiked. At 11,000 feet, the air felt thinner, and we both had small headaches that would later bloom into larger ones due to the lesser amount of oxygen available up high. We were in the alpine region, where no trees grow, surrounded by delicate alpine flora and fat marmots who lazed on rocks posing like some weird animal Richard Burton. No doubt they were being fed by hapless idiots. 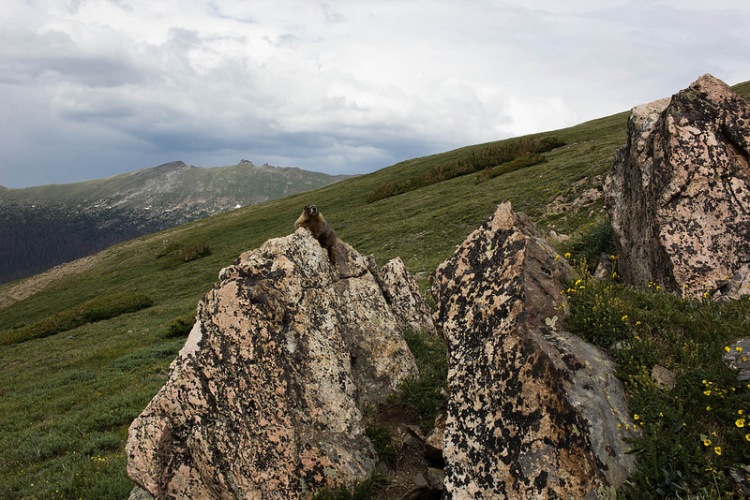 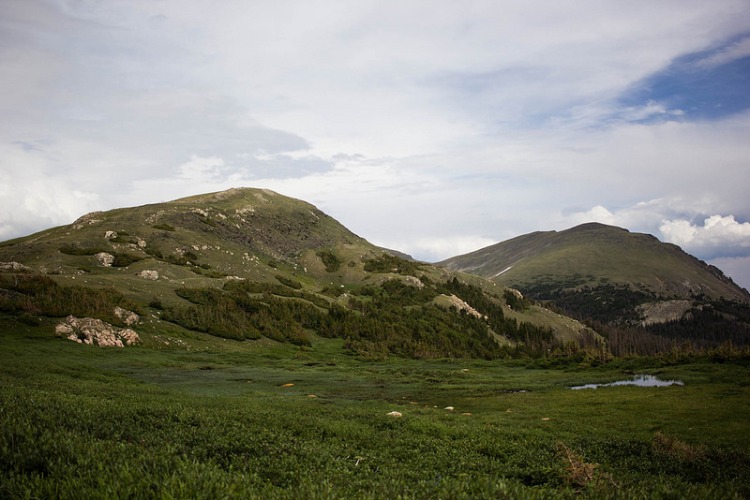 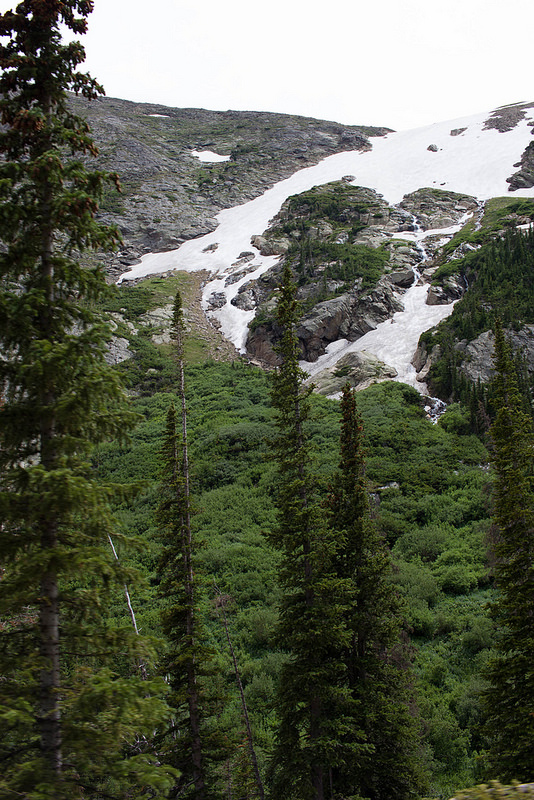 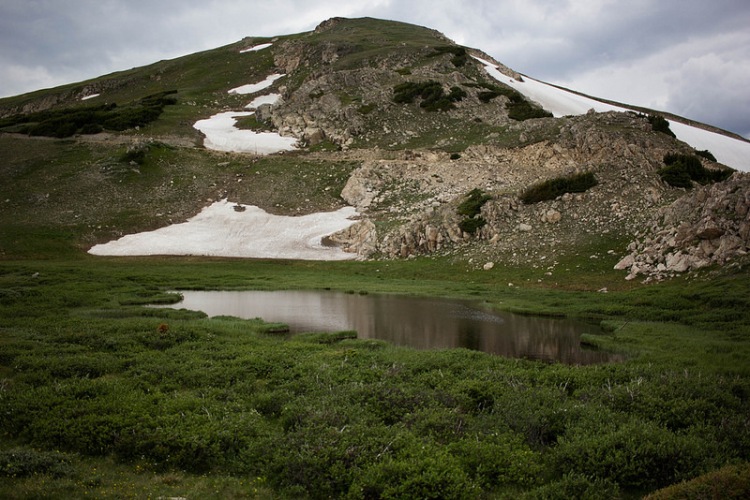 On our way up some folks from Oklahoma stopped in the middle of the road, which is narrow and has little-to-no room for maneuvering, and proceeded to feet one of these fat marmots from the car and take pictures. My mother and I rolled our eyes and I wanted to get out, walk up to them, throw crumbs at them, and ask, “How do you like it?!”

Anyway. Being up so high was eerie in that you could see for what felt like miles. Miles of peaks, clouds, and valleys were all for the visually consuming, and I soaked it in. We saw a gorgeous bull elk in full, handsome velvet napping in a meadow, his red-gold head tucked into the flora. One man asked us if he was dead but we told him no, that elk nap and conserve energy and move about more in the evening and morning.

Eventually it was getting chilly, though thankfully without the strong winds that such areas are known for, and hopped into the car to go to a visitor’s center. We got to drink in even more spectacular views and then realized we were going to be late for dinner at my grandma’s house and left the park.

A too-brief glimpse into the incredible, fast-changing landscapes in that beautiful place. 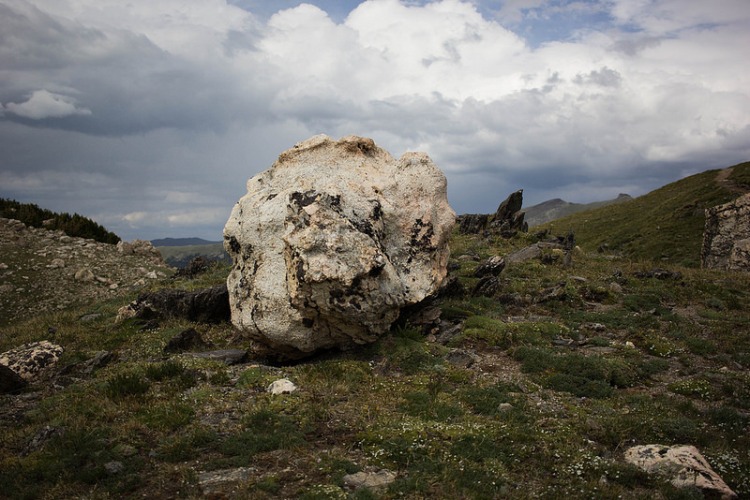 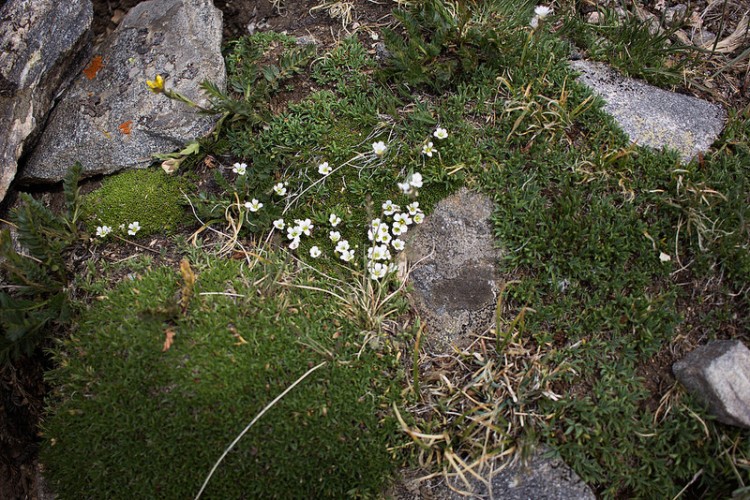 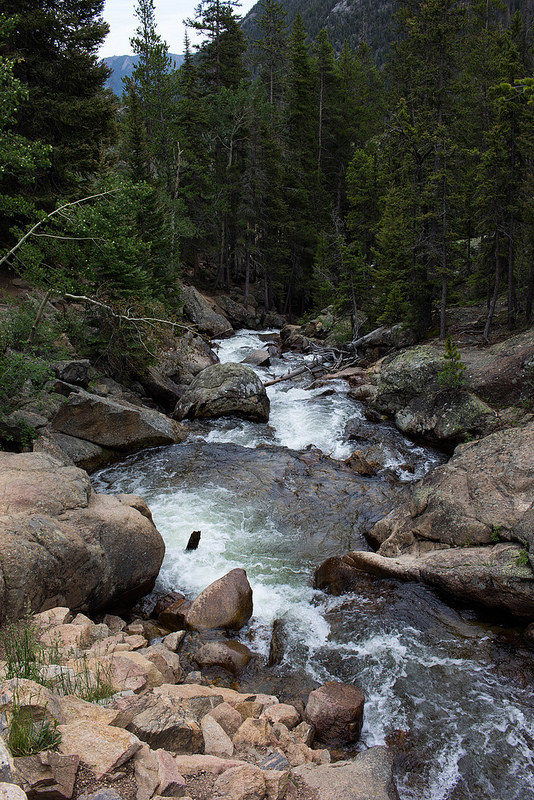 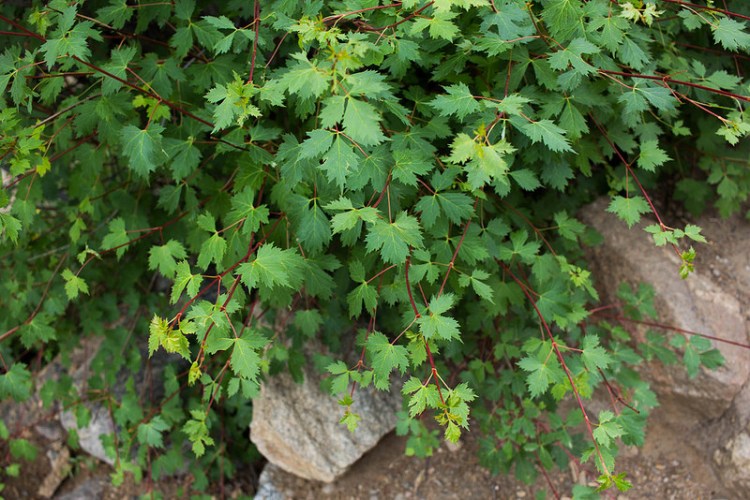 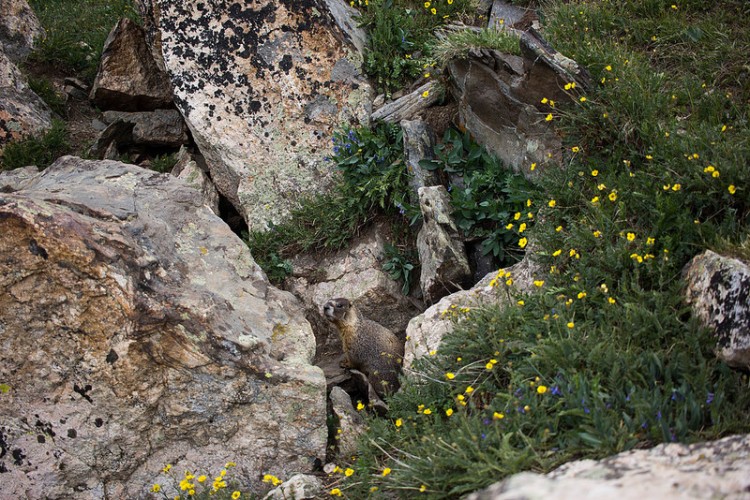 One thought on “Alpine adventures in Rocky Mountain National Park”