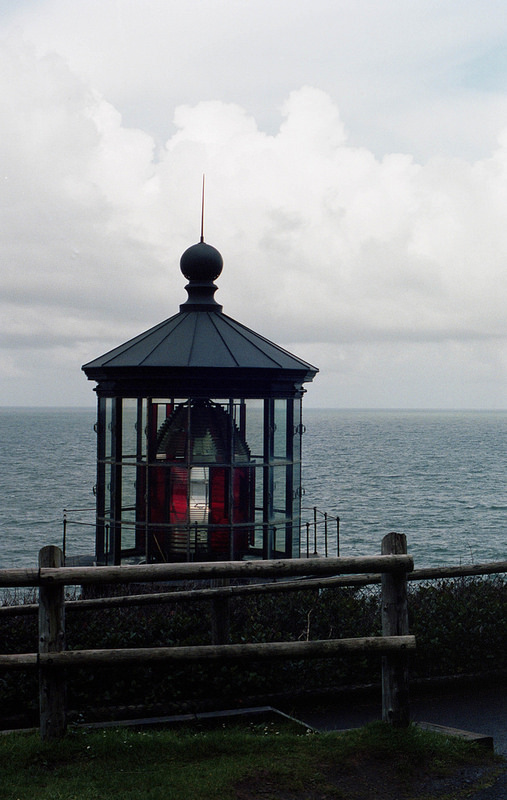 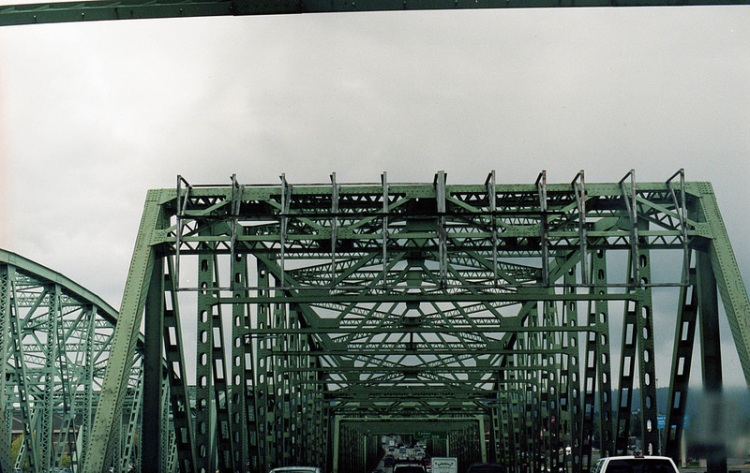 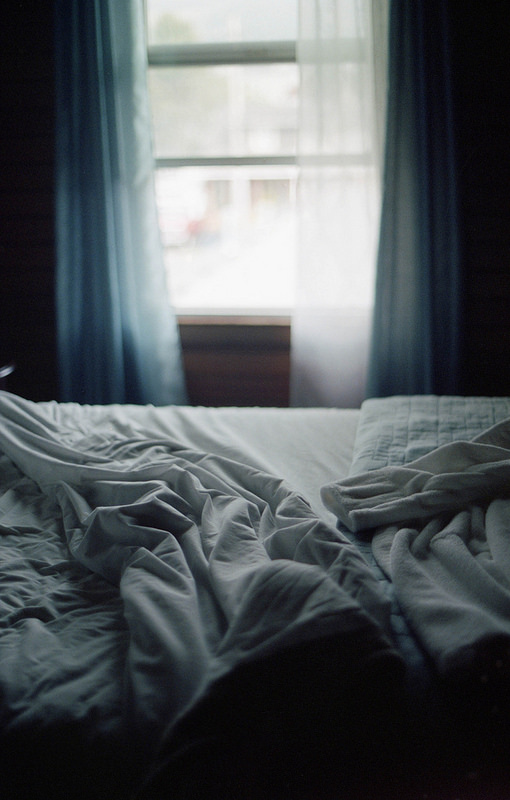 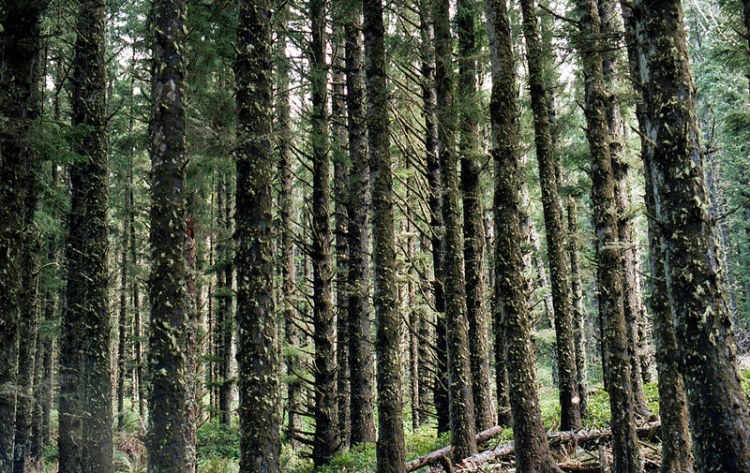 It’s pouring rain outside and the lights flickered a little bit. I thought, “thank goodness for a full computer battery and the weird little LED lantern we bought for camping”, if the power did indeed go out.

I finally these pictures scanned, and they make me feel things. We stayed in Seaside, Oregon for one night, thinking it would be the sort of resort town that idealizes life, and instead it brought out all the ugly things one pushes to the edge. We stayed at a B&B that was beautiful, but it was so windy that going outside was nearly impossible. Tried to find a good place for a martini or something strong and nice, but instead found only dive bars and tourist-y places that had the veneer coming off of them far too quickly. We did our best and found sushi, seafood, and bad mixed drinks. We saw people who go on dates to gamble, each taking a twenty dollar bill, and one bar had a garish plastic rat stuck in the wall. It was a strange town, vaguely sinister, and we were quite happy to pack up and leave. Perhaps in the summer it’s a slightly better place to be? People seem to think so!

Driving the Oregon coast was strange and beautiful. Lots of little towns strung together by a highway, some barely held together by the bookends of a church and a bar, others flourishing with multi-story buildings. Woods, rolling hills, the sea and tributaries flowing into the sea, which we followed as we drove. We got out periodically to eat, take pictures, breathe in the salty air, and relish the warmth of the already-present spring. I want to go back, very badly, but with one exception: I think Seaside, for whatever charm has made it a destination, will remain a place in my past.

3 thoughts on “The Oregon Coast”

Thanks @prismimaging.ca for making sure Victorians can get their film developed! I spent all day today scanning negatives, one of my favorite things.
Your favorite headless couple ✨ (Self timer photos on a 50 year old film camera are the best.)
Dallas Beach Road, how I miss strolling beside you. Haven't been to the beach since so many people still think it's the place to be (come on now Victorians!).
Missing the woods.
Turning 29 in a pandemic and finding all the grey hairs I've already got. Thanks to you all, even though things are pretty scary, I feel lucky to have the family, friends, and safety net of love I need. 🖤 Now is the time to be a sap and be more tender than ever.
Missing walks outside with Logan without feeling so anxious. In the Ross Bay Cemetery, the first place I took him in Victoria.
%d bloggers like this: