I’ve recently begun making more and more self portraits with a slightly banged up Olympus OM-1. 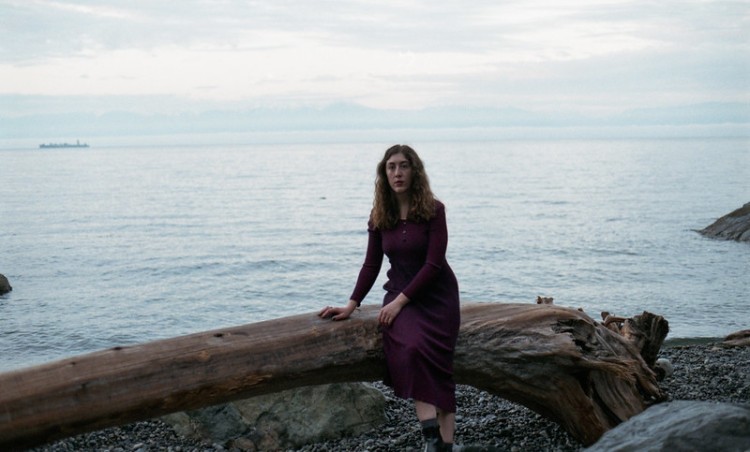 I got this particular camera after my beloved Olympus OM-G died (I went thru two bodies in about ten years). I am rough on my gear- it often sits in my purse or hangs off my shoulder and I would be lying if I said I was a delicate person in any way, so the fact that a lot of my photo gear has…ahem…character…is not surprising. After OM-G No. 2 kicked it, I went to my favorite store in all of Montana: The Darkroom. The owner, Michael, is one of the kindest people I know in Missoula. He processed every roll of film I shot in Montana for the last four years, and better yet, he sells used photo equipment, and doesn’t try to cheat you on price at all. He is fair, knowledgeable, and if you’re lucky, you will spot him ripping up the dance floor at the Union with a lucky partner- he is a great dancer. If you’re even luckier, you might get to meet his shy and sweet three-legged cat named Gitzo, after a Japanese tripod brand (if you don’t find this lovely we can’t be friends, sorry). He sold me the Olympus OM-1 I still use to this day. 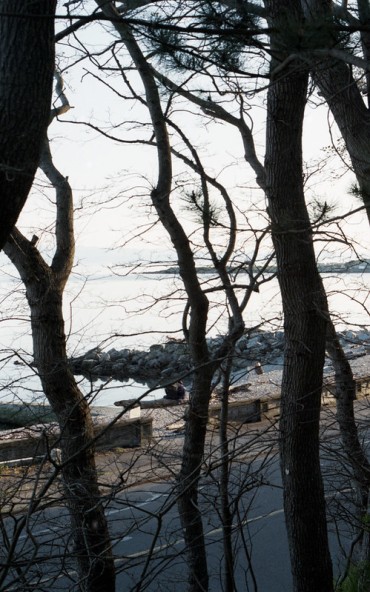 The trusty old machine is working hard, documenting picnics and cemeteries and early, 6 am walks around Victoria, before people are out and about. In our small-world, mostly-inside happenings, seeing a river otter last week was The Big Event. He was fat, sleek, and beautiful, with a fat fan of whiskers. We had just eaten some sushi in the nearby cemetery because it was…well, frankly, safer than being near the still-busy beach. Once the sun started to go down and people started dissipating, we went down to the beach and saw a little head emerge from the water, and soon an otter emerged!! WOOO ANIMALS! Can you spot the otter in the photo? I didn’t have a zoom lens and didn’t want to get too close and bother him. 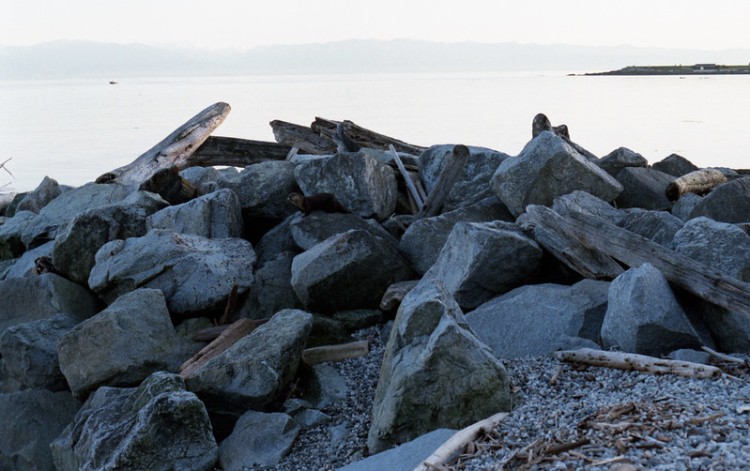 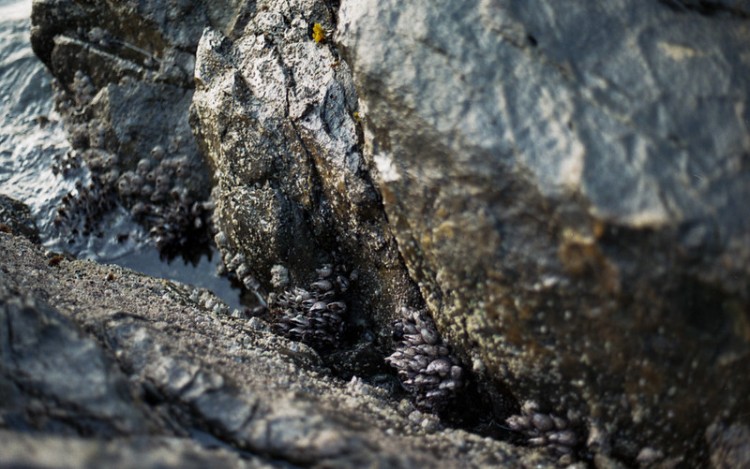 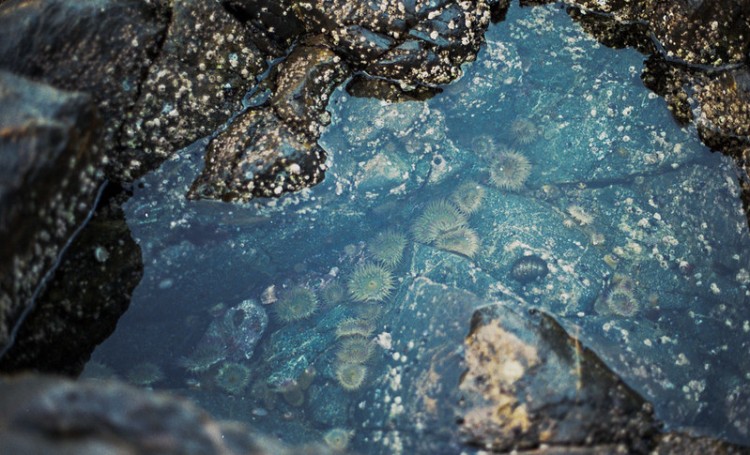 Besides the otter and tide pools, I mostly photograph Logan. On the beach, in our apartment, on walks, wherever we are, and I remember when he was in Brazil and I was in Montana how much I missed photographing him. It’s good to be stuck together during a global pandemic, as weird as it is to go from a year and a half of long distance almost straight to quarantining together with only a few months in between of normalcy. I’m so grateful to have a partner in crime, somebody to eat the things I bake and help do dishes and bemoan that somehow, there is an incredible amount of laundry built up in one short week, and that yes, we do need to go grocery shopping, as complicated as it feels right now. 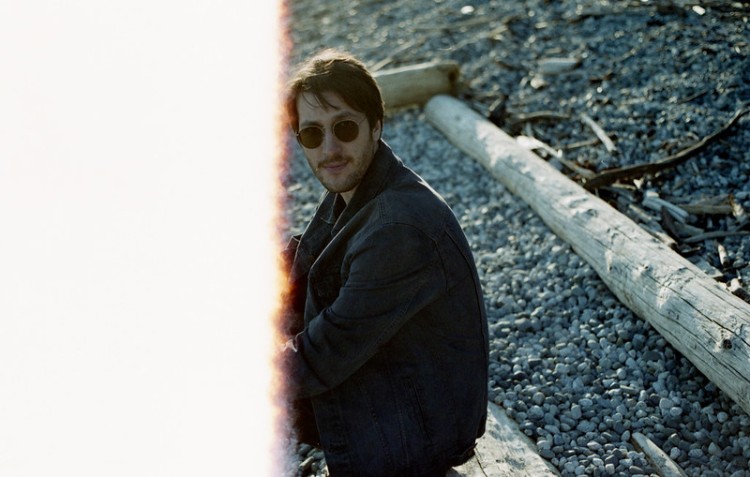 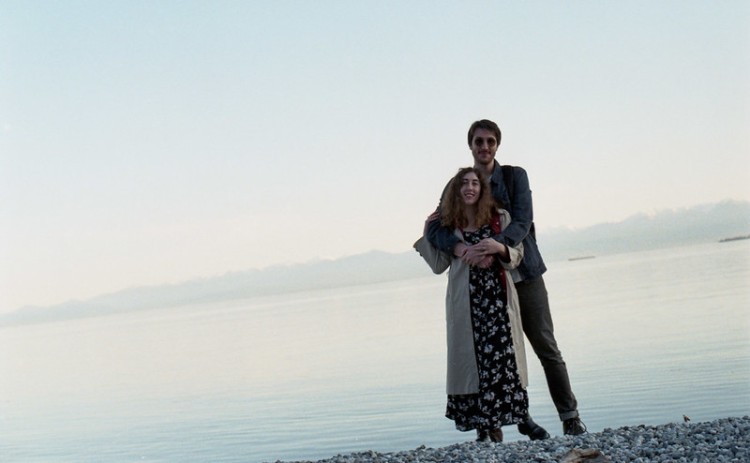 What are the things that are keeping you sane, hopeful, or grounded right now? What are you listening to? What recipes are working out for you? For me, this recipe for a Dutch baby (basically a fancy, eggy pancake in a cast iron pan) has been so satisfying to make. It’s simple, takes almost no time, and is absolutely delicious. The Guacamole song by Kevin Johansen, a (rather handsome) Argentinian musician, is full of good memories from college and my dear friend Hillary showing it to me, and after that the random algorithm often leads me to some decent Argentinian music. We recently watched Julie and Julia on Netflix, and ever since I’ve been imitating Streep’s “Oh, Paul!” whenever Logan comes into the kitchen while I’m making something. (I also bought The Art of French Cooking months ago and mean to make a chocolate Bavarian cream soon.) I come back to Karina Longworth’s “You Must Remember This” podcast over and over, and if I need to cry the Carole Lombard episode will always get me. It’s so well written and dense with facts, but Longworth presents all the information she digs up in witty,  subtly light ways that trick you into thinking she’s built some frothy universe when in actuality it’s more of a carefully constructed powerhouse of information about Hollywood, the film industry, gender roles, the economy, fashion, and expectations about sex, bodies, money, and power. (Cheers, Karina, you badass!)

Thanks for sticking around this weird, often abandoned corner of the Internet. I’ve had this blog since I was back in college, and it’s changed a lot with me. It feels good to come back to it right now though. Stay safe and well, as always.