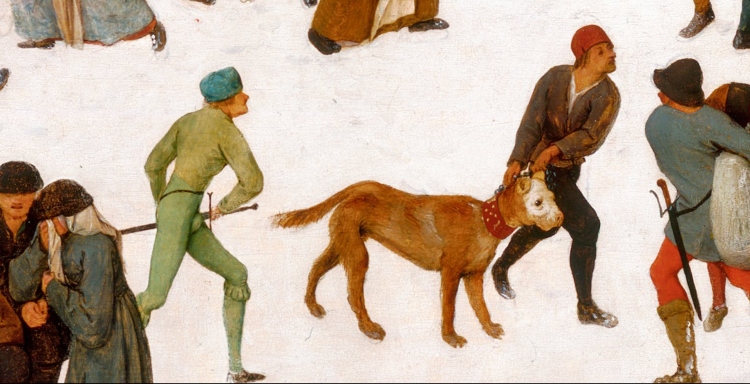 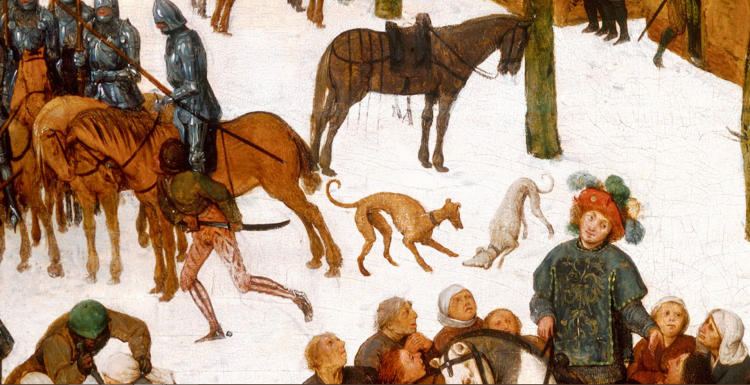 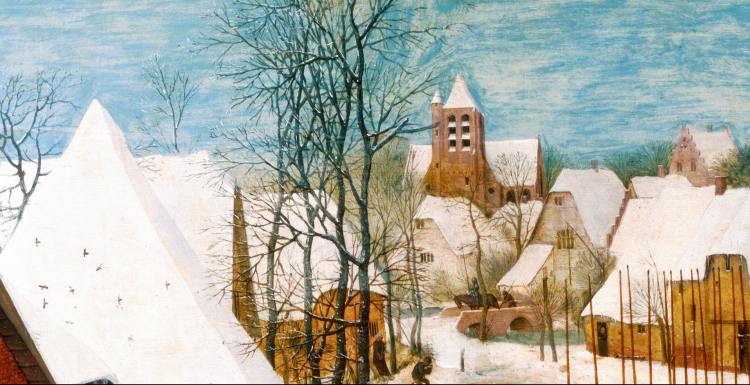 Details of Pieter Bruegel’s Massacre of the Innocents.

When I was making these I realized all the fantastic things I miss when I just see it. The way the horse’s tail is tied in a bow, the way that Bruegel frames the bodies of animals and men alike. The lack of outright blood and gore, but still omnipresent violence and the threat of it everywhere, hemmed in with the most lovely, peaceful looking rooftops and skyline. The sky alone could be looked at for quite some time, in my opinion. The delicate hues of pink, the richness of his browns, the touches of blue, the harshness of the green against the winter village setting, even the cold glint of armor- a wonderful whirlwind. 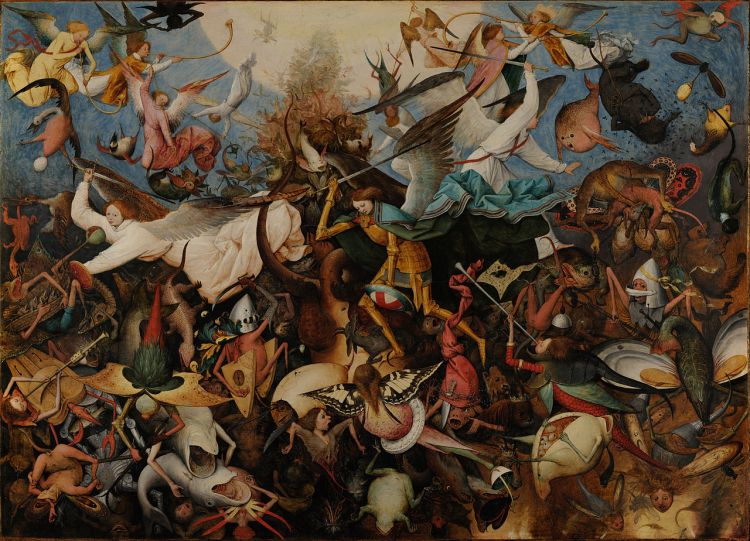 The Fall of the Rebel Angels 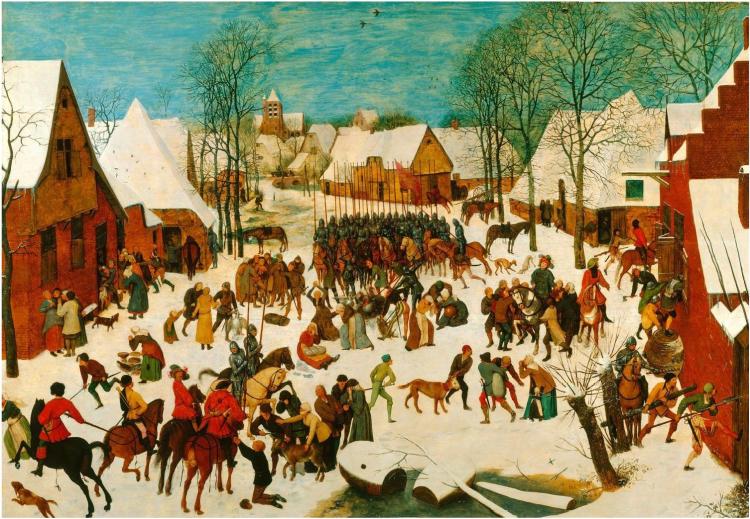 Massacre of the Innocents

I love it when an artist has clearly staked out a niche, and then makes it entirely their own. The works of Pieter Bruegel the Elder are fantastic in this way- he has a formula, and he has made it near perfection, but flexible enough that he can warp the typical scene- a landscape with many figures and lots of action and perspective- into whatever surreal experience he wants us to feel.

He was a “Flemish Renaissance” artist. What that means is that he lived somewhere in the Southern  Netherlands or Northern Belgium and spoke a dialect of Dutch particular to the area. Flanders was a big trading city and usually occupied by the Spanish or other invaders. This meant, however, that it was possible for many artists and forms of art to trickle in because of the outside influences as well as a result of their trading status.

Regardless, Bruegel is a badass. I love his scenes- they’re like Hieronymous Bosch with their creepy vibes trickling into our blood and sort of making us wonder what was going on in his mind. I love his attention to detail, and while it can be exhausting going through his paintings it’s because everything is vibrant and pulsating with energy. Even the peasants painted far off ice-skating on a winter day make you want to be there.

All images courtesy of Wikimedia Commons